Forget drugs and alcohol, did you ever think that the right underwear can enhance your personality? You know, give it the little boost it needs to get you through your most recent social event. We’ve all met someone with a super dry personality that needed a little kick in the butt to open up and showcase their more interesting side. In this day in age, our attention spans are getting shorter and shorter (thanks technology!), and this makes it increasingly important to have the personality you’d like to have.

There are so many different pairs and types of underwear on the market, and every man has their favorite. We sure hope that the pair isn’t ripped and stretched out (yuck!). Whether it be a trunk or a thong, every guy has their favorite style and feel. That being said, the underwear you wear can have a serious impact on how you act.

Why though? Why do you think that the right pair of underwear can show the personality that you have on the inside? The short answer, CONFIDENCE! The more confident you are while you rock your new (or old) pair of underwear; the more confident you come off. A good pair of underwear is sure to give you the confidence boost that you desire. Don’t get us wrong, some people are, and always will be, shy, and that’s okay! But confidence is something that even the most introverted person can have. Often, shy people desire to be more outgoing, wearing the right underwear may help get to that point even if it only encourages them to be a little more outgoing compared to their usual selves. 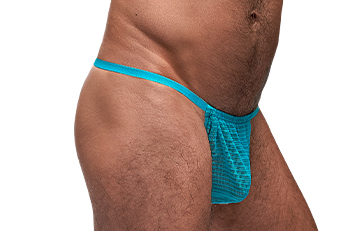 If you’re typically one who feels a little trapped and held back by the rules, then a posing strap is the perfect style for you to wear. It’ll boost your free spirit. Wearing a posing strap is sure to give you some nice air flow below, which is sure to make you feel a sense of freedom. Most men choose this pair to avoid terrible underwear lines that come from other pairs, there’s nothing worse than wearing your new pair of pants and have them ruined by thick underwear lines. 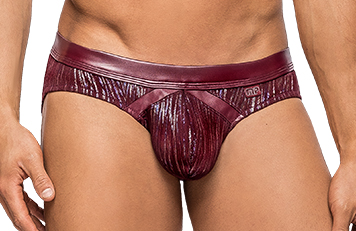 Being the high hip cousin of the regular brief, bikini underwear is sure to turn some heads. Briefs are one of the most supportive pairs of underwear, so if you need a little pick me up (figuratively and literally), these are your style. Being the more attractive cousin of the regular brief, this underwear will help you feel super sexy while keeping you nice and supported. What more could you want?!

This goes without saying, but enhancing underwear is sure to give you a huge confidence boost. Just as the name says, this underwear enhances the appearance of your package, and will make you feel super sexy when you look at yourself in the mirror. Not only does this underwear help to enhance your package, but it will be sure to enhance your personality and confidence as well. If you’re someone who wants to step outside of the box, and definitely turn some heads, slip into some enhancing pouch underwear!